ON JULY 21, 2014, THE ORGANIZATION FOR ECONOMIC
COOPERATION AND DEVELOPMENT (OECD) PUBLISHED
THE STANDARD FOR AUTOMATIC EXCHANGE OF
INFORMATION IN TAX MATTERS (THE STANDARD)

The Standard consists on the Model Competent Authority Agreement (MCAA) aimed for a model of inter-governmental agreements and the Common Reporting Standard (CRS) that contains the reporting and due diligence standard that underpins the automatic exchange of information.

The framework was developed jointly by the OECD and the G20 in their efforts against tax evasion. It requires local financial institutions to collect information on all their account holders and report this information to the respective tax authorities. The tax authorities will, in turn, automatically exchange this information with other participating countries on an annual basis. High net worth individuals, who, as yet, are not aware of the CRS and its potential impact on their private affairs should seek legal assistance immediately, because this standard implies a significant change in the financial confidentiality regarding authorities.

The first step to the CRS is a jurisdiction either signing a Multilateral Competent Authority Agreement (MCCA) or entering into a double taxation treaty or a tax information exchange agreement incorporating the due diligence and reporting rules of the CRS. On January 27, 2016, 94 jurisdictions have indicated their intention to endorse the CRS of which 79 jurisdictions have signed the MCCA. Committed CRS jurisdictions are currently divided into two groups: 1. early adopter countries (which include all the EU jurisdictions, the Channel Islands, and some of the British Overseas Territories, such as the BVI, Cayman Islands, etc.) which have committed to automatic exchange in 2017 based on the data held in their records in 2016 and 2. late adopter countries such as Switzerland and New Zealand which will automatically exchange in 2018 based on the information held in 2017.

The publication of the CAA and the CRS is a significant structural step in governments’ efforts to improve cross-border tax compliance. This follows a number of tax compliance legislation such as the US Foreign Account Tax Compliance Act (FATCA) and active campaigns of voluntary disclosures and legal procedures.

The basics of the CRS operation are demonstrated in the following diagram. 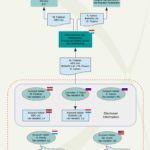 The Organisation for Economic Co-operation and Development: https://www.oecd.org/