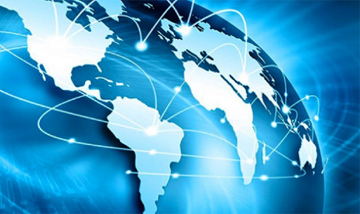 Many people will be familiar with the information gathering and reporting requirements the OECD’s Common Reporting Standard (“CRS”) places on financial institutions. The first exchanges of information between tax authorities will take place next year, with all CRS jurisdictions exchanging information by 2018. And we are now starting to see how tax authorities expect this information to change the taxpayer/tax authority dynamic.

In the UK, the tax authority HM Revenue & Customs (HMRC) recently published a consultation document setting out its plans to introduce a “Requirement to Correct” (“RTC”) for any income tax, capital gains tax, or inheritance tax payers (including non-UK residents) who have engaged in certain non-compliant behavior involving the use of a non-UK jurisdiction. HMRC is proposing to give these taxpayers until 30 September 2018 to regularize their UK tax affairs before imposing increased penalties for any “Failure to Correct” (“FTC”) from 1 October 2018 onwards.

This proposed window of opportunity is expressly set against the backdrop of the expected increased information-flows to HMRC once automatic exchange of information under the CRS begins and as countries start to publish registers of beneficial ownership in keeping with the G20 High Level Principles on Beneficial Ownership Transparency. The threat of increased FTC penalties if taxpayers are found to have outstanding tax compliance failures associated with non-UK issues once this window is closed is intended to offer a final incentive for affected taxpayers to sort out their UK tax affairs.

The most obvious category of taxpayer affected will be UK resident individuals, but the increased FTC penalties will also apply to other income tax, capital gains tax, or inheritance tax payers which could include non-UK resident trustees, individuals or companies. Further, while the consultation document is framed in terms of “tackling offshore tax evasion”, the scope of tax matters to which HMRC intends the increased FTC penalties apply appears to be wider than that phrase on the face of it implies. “Offshore” in this context means any non-UK jurisdiction. “Evasion” traditionally refers to criminal behavior but the increased FTC penalties framework appears to be aimed at many kinds of tax irregularities with an offshore connection, including potentially where reasonable care was taken, the only defense being if there was a reasonable excuse for the taxpayer not having made use of the RTC window. While common sense might suggest that having taken reasonable care to comply with one’s tax obligations in the first place should count as a reasonable excuse for not having made use of the RTC window, it is important to note that HMRC expects the reasonable excuse defense only to be relevant in rare cases, which indicates that HMRC may view this differently.

In order to avoid the increased FTC penalties, taxpayers who would be subject to the RTC can be required to correct their UK tax affairs in respect of any UK tax liabilities which would essentially still be within the statutory time limits for discovery assessments by HMRC. At a minimum point, therefore, taxpayers would be required to regularize their tax affairs from the previous four years of assessment. Taxpayers whose actions were deliberate would have to disclose and settle such tax liabilities from the previous twenty years of assessment.

The proposals contained in this consultation are the latest in the series of new and proposed measures intended to give HMRC more tools to use in its on-going battle against tax evasion, but could have effects beyond taxpayers who deliberately evade tax. It is to be hoped that sufficient safeguards are included in the final proposals to protect the position of taxpayers who take reasonable care to comply with their tax obligations and do not set out to evade tax.